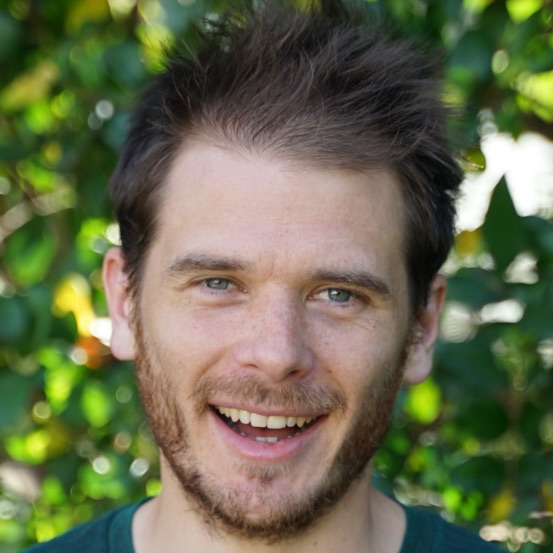 Have questions about my work? Email me at gregory.leclaire.wagner@gmail.com. See my github for real-time updates on my software projects.

I develop models for vertical turbulent mixing in the ocean surface boundary layer (at scales between 1 and 100 meters), and for horizontal mixing by ocean mesoscale eddies (at scales from 10-200 kilometers). My work is focused on developing models that use as much physics as possible, but nevertheless leverage powerful, modern data-driven techniques for parameter estimation and uncertainty quantification. As part of my parameterization work, I develop ParameterEstimocean.jl, a software package for estimating free parameters, and part of a data-driven framework for inventing and improving approximate models for turublent fluxes in Earth’s ocean. This work is part of the CliMa project. 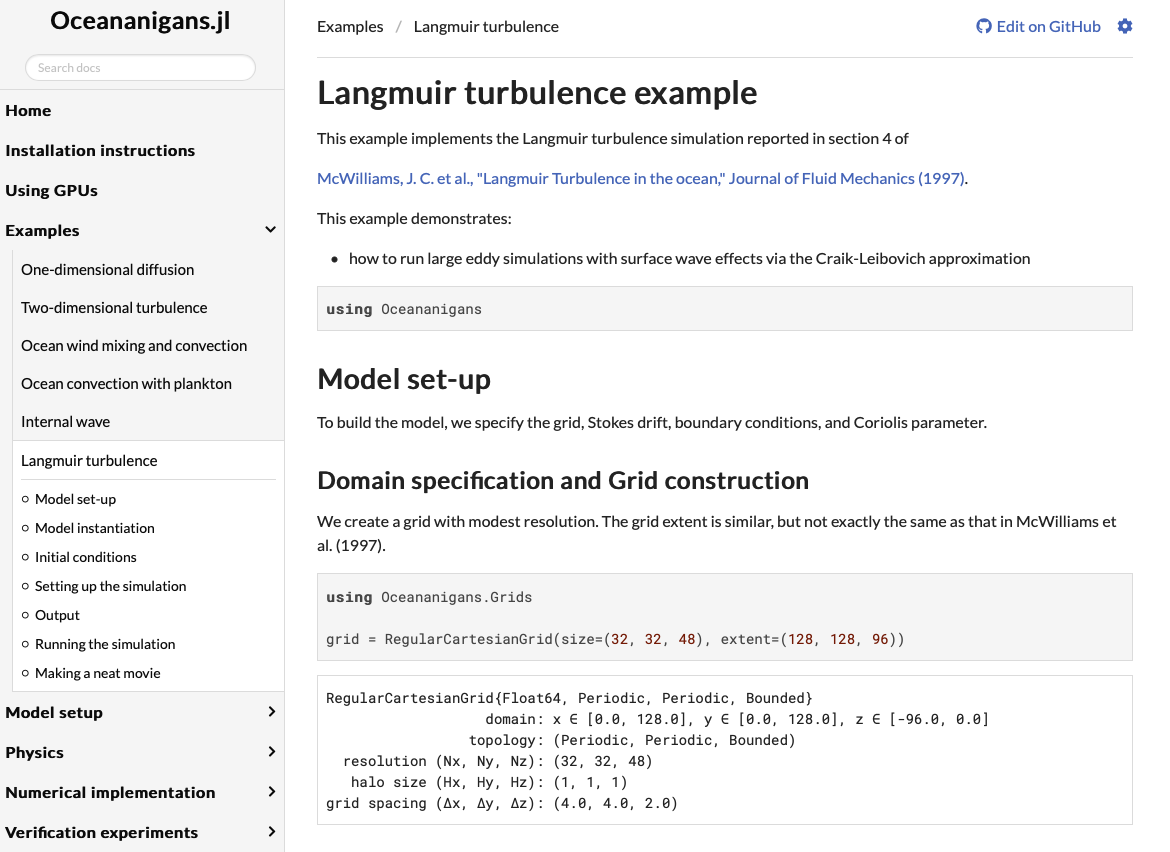 Oceananigans.jl is open source, written in the Julia programming language and runs on CPUs and GPUs. I’ve helped develop Oceananigans’ ground-breaking user interface and the sustainable, extensible design of its internals.

The image below depicts turbulence simulated by Oceananigans.jl. The image shows the turbulent vertical velocity field that develops following the growth of a surface wave field with a wave length of one hundred meters over four hours. 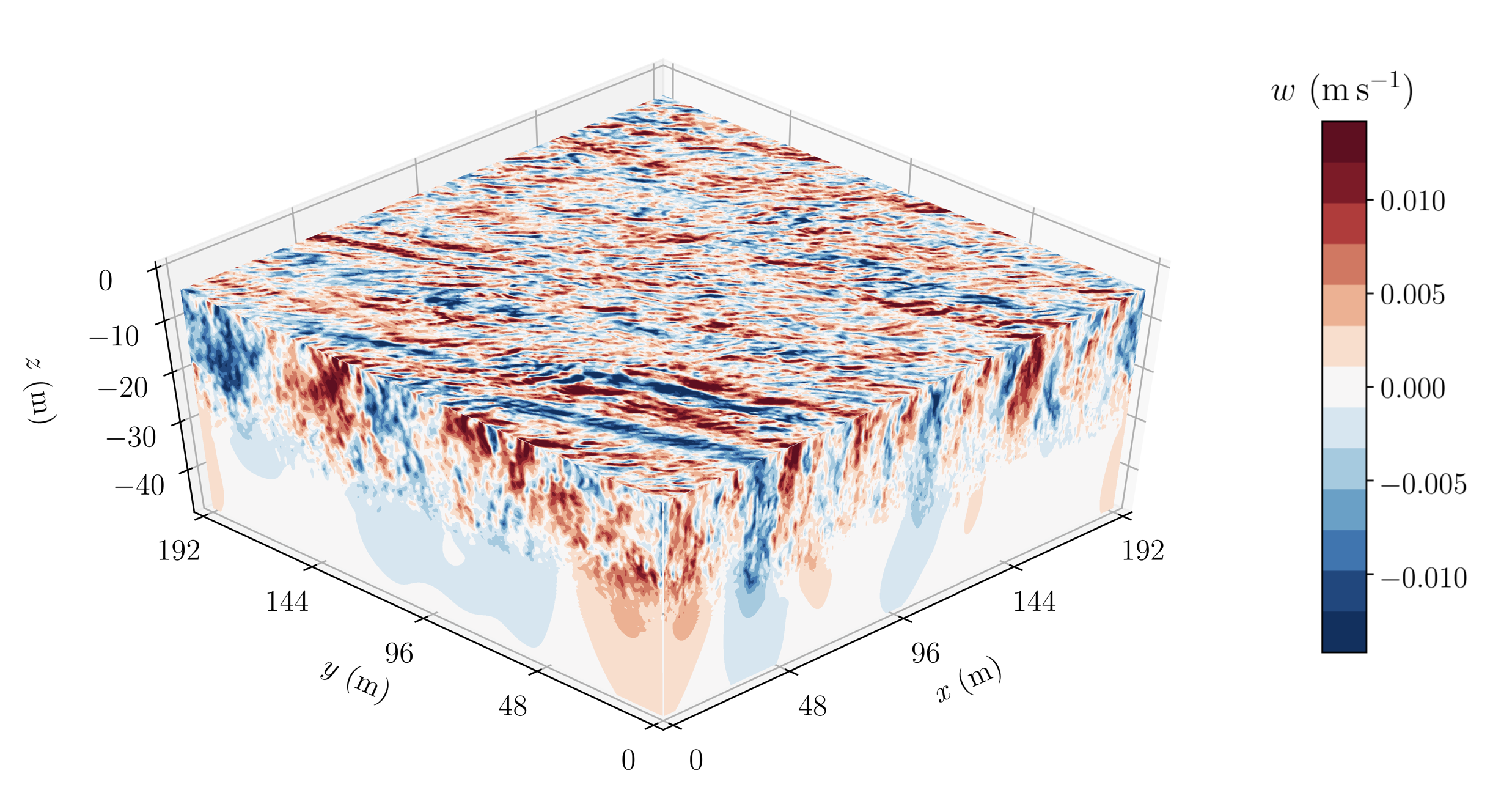 Information about how to produce this image can be found on github, or in this paper.

I’ve also co-written a paper on a common source of confusion in studies on ocean transport: how to interpret general circulation model output when that model does not depend explicitly on the ocean surface gravity wave field.